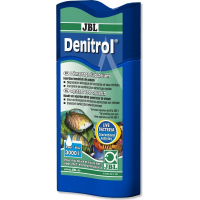 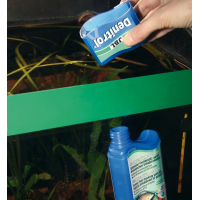 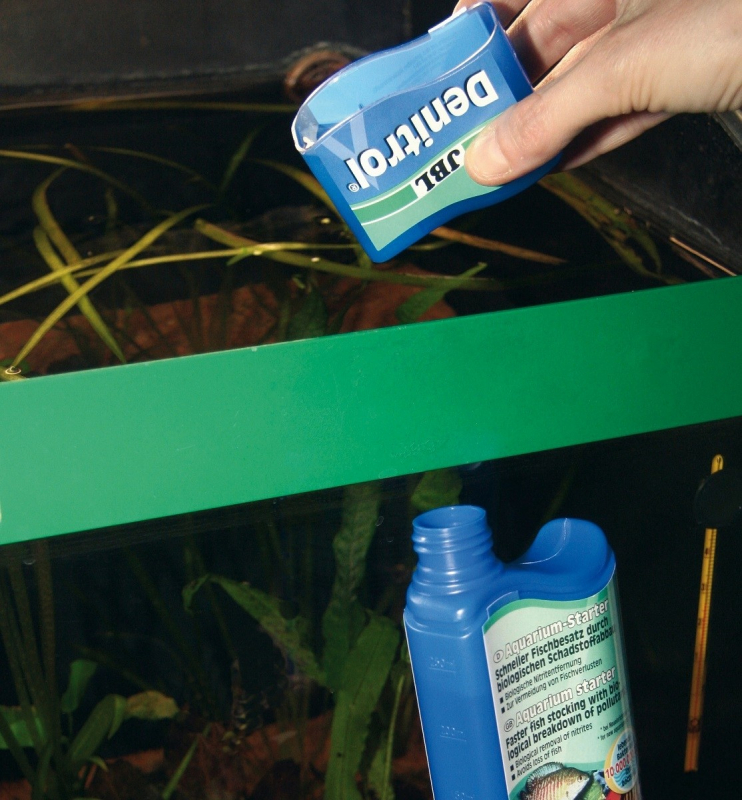 Biological nitrite removal. Detoxifies water with a fast starting formula using highly active cleansing bacteria and enzymes. For the prevention of fish loss. 8 complementary bacterial cultures (…) Read the description
This product is no longer for sale on Zoomalia.co.uk

Biological nitrite removal. Detoxifies water with a fast starting formula using highly active cleansing bacteria and enzymes. For the prevention of fish loss. 8 complementary bacterial cultures for the breakdown of proteins (heterotropic bacteria), ammonium and nitrite. The first fish can be added to the newly established aquarium 48 hours after the application of JBL Denitrol.

It is a frequent topic of discussion whether you can add fish to an aquarium as early as one day after setting it up. Microbiologists have found out that bacteria in a new aquarium reproduce very slowly, if no water pollution (nutrition for bacteria) occurs. But if fish are added without bacterial starter the next day, ammonium/ammonia problems will arise. Bacteria reproduce too slowly at first and can’t keep pace with the pollution output. By using JBL Denitrol (1 hour after the addition of JBL Biotopol) high quantities of bacteria are added. If then the next day the first fish are added to the aquarium, the bacteria will get also food and begin to reproduce. Furthermore, if JBL Denitrol is added during the first 10 days to insure that enough bacteria are always available, neither ammonium/ammonia nor nitrite will be a problem.

I was fine but I prefer to use the bio nitrivex of the evening, but only as a matter of habit. Any advice to improve the product? Put the instructions at least in English, I fished them out of the order but having them on the package would be more practical

never disappointed with this product I recommend it, the job is well done by these little animals, my water is clear

A very practical product 6 necessary for the life of fish in aquariums. As I have a 200-liter aquarium, I needed a large enough pot of bacteria and this size was great for me. So far my fish are healthy.

We had a great time with both the shipping and packaging, and my kids were delighted with the dog magnet. Thanks

As described, I have been using it for years. no problem to report.

Great product we have been using it for years and we have a great time, recommended by aquarium experts

Corresponds to the description. Recommend this site ????. Very happy with my purchase ????